In Conversation with Fredrik Backman [SOLD OUT] 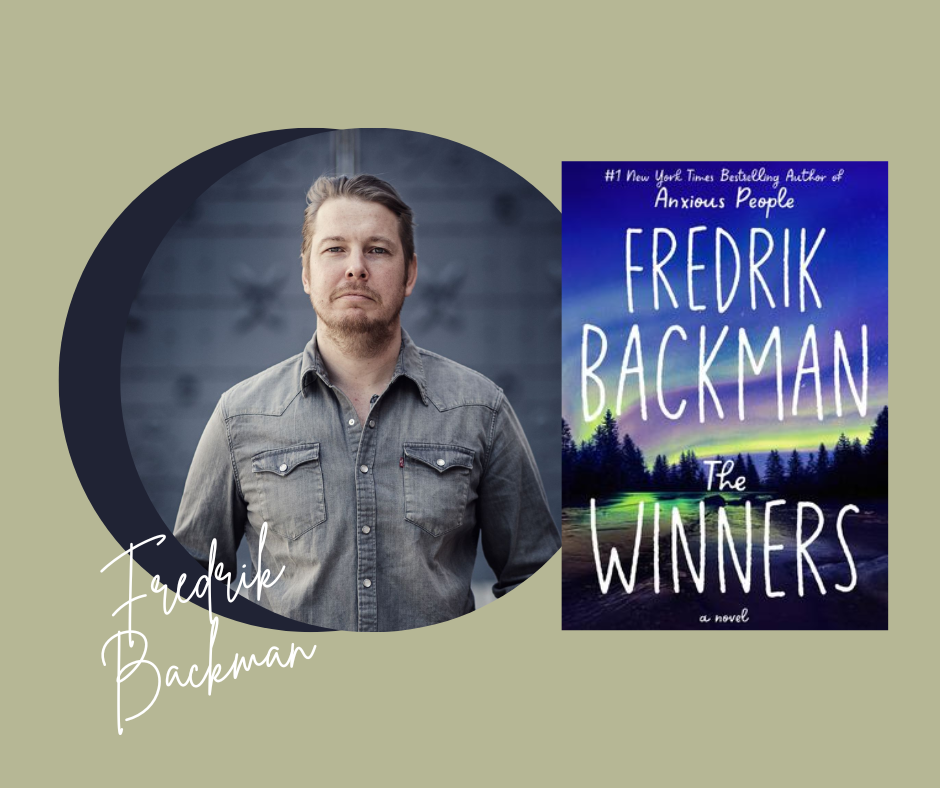 Join us at Trail Hub on October 5, 2022, at 7:00 pm as we listen in on Fredrik Backman discussing his new novel, The Winners, with store favourite, Terry Fallis.

FREDRIK BACKMAN Fredrik is the #1 New York Times bestselling author of A Man Called Ove, My Grandmother Asked Me to Tell You She’s Sorry, Britt-Marie Was Here, Beartown, Us Against You, and Anxious People, as well as two novellas and one work of nonfiction. His books are published in more than forty countries. He lives in Stockholm, Sweden, with his wife and two children. Connect with him on Facebook and Twitter @BackmanLand and on Instagram @Backmansk.

The long-awaited conclusion to the beloved New York Times bestselling and “engrossing” (People) Beartown series—which inspired an HBO series of the same name—follows the small hockey town’s residents as they grapple with change, pain, hope, and redemption.

Two years have passed since the events that no one wants to think about. Everyone has tried to move on, but there’s something about this place that prevents it. The residents continue to grapple with life’s big questions: What is a family? What is a community? And what, if anything, are we willing to sacrifice in order to protect them?

So what are the residents of Beartown willing to sacrifice for their home?

TERRY FALLIS grew up in Toronto and earned an engineering degree from McMaster University. Drawn to politics at an early age, he worked for cabinet ministers at Queen’s Park and in Ottawa. His first novel, The Best Laid Plans, began as a podcast, then was self-published, won the Stephen Leacock Medal for Humour, was re-published by McClelland & Stewart to great reviews, was crowned the 2011 winner of CBC’s Canada Reads as “the essential Canadian novel of the decade,” and became a CBC Television series. His next two novels, The High Road and Up and Down were finalists for the Leacock Medal, and in 2015, he won the prize a second time, for his fourth book, No Relation. A skilled public speaker, Terry Fallis is also co-founder of the public relations agency Thornley Fallis.

Nestled in the centre of the East Duffins Headwaters and Durham Forests network of trails, Trail Hub is a community HUB for mountain bikers, hikers, nature lover, snowshoers & cross country skiers to access over 240km of local trails.  From special lifetime events to everyday casual meals with friends & family, the grand post & beam chalet is the perfect place to enjoy delicious local cuisine, infused and inspired by the surroundings and an incredible view.