Interviewer: Bianca Marais
This is a Book LUSH event! 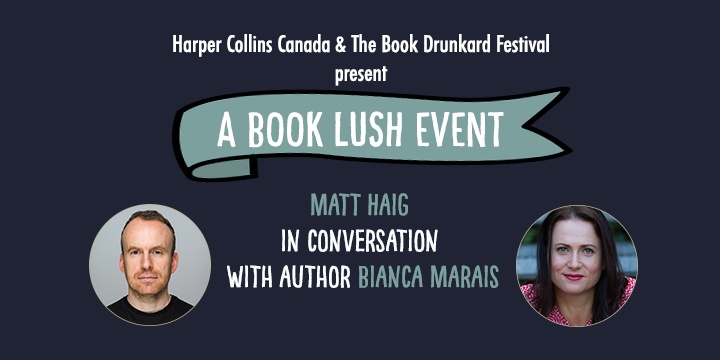 Between life and death there is a library.

When Nora Seed finds herself in the Midnight Library, she has a chance to make things right. Up until now, her life has been full of misery and regret. She feels she has let everyone down, including herself. But things are about to change.

The books in the Midnight Library enable Nora to live as if she had done things differently. With the help of an old friend, she can now undo every one of her regrets as she tries to work out her perfect life. But things aren’t always what she imagined they’d be, and soon her choices place the library and herself in extreme danger.

Before time runs out, she must answer the ultimate question: what is the best way to live?

Matt Haig is the number one bestselling author of Reasons to Stay Alive and Notes on a Nervous Planet and six highly acclaimed novels for adults, including How to Stop Time, The Humans and The Radleys. He has also written many books for children and has won the Blue Peter Book Award, the Smarties Book Prize and been nominated three times for the Carnegie Medal. He has sold more than a million books in the UK and his work has been translated into over forty languages.

Your ticket will include a signed copy of The Midnight Library.