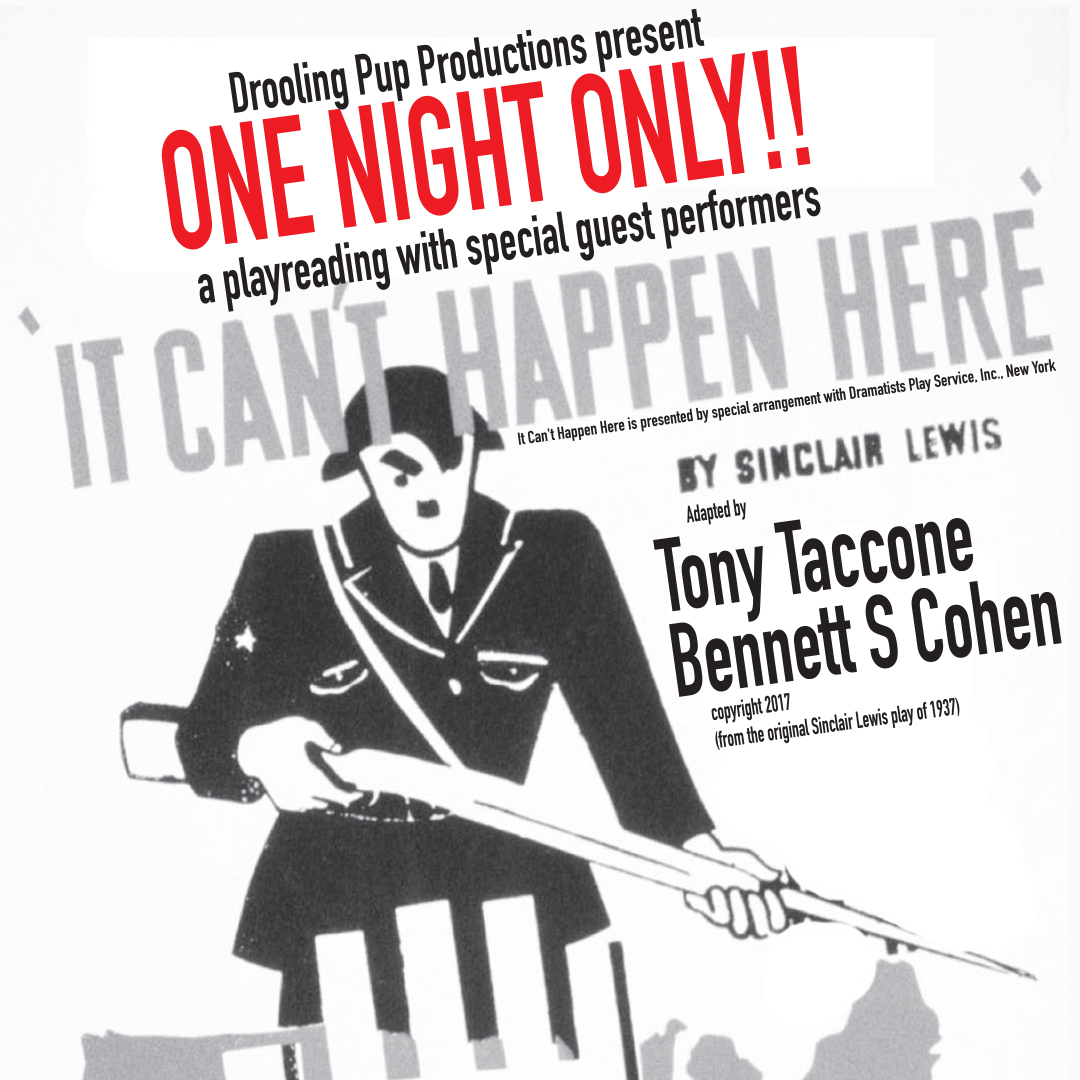 It Can’t Happen Here is a 1917 play based on the 1936 Sinclair Lewis’ novel of the same name. It chronicles the rise of a populist US politician who is elected president on a platform of patriotism and traditional values and a promise to restore the country to prosperity and greatness. Once elected, the new president establishes an authoritarian regime which outlaws dissent, centralizes power and responds to protests with violence.

Cecilia Smith, Elaine deBliquy and Debbie Watson have formed Drooling Pups Productions and will be presenting a reading of the play, It Can’t Happen Here, at the Music Hall in Uxbridge on October 4, 2019. The play is being used to start a conversation on the importance of political engagement. We all have busy lives and sometimes it’s hard to find time to do anything other than complain about all that is not being done to solve municipal, provincial, federal and world issues. We forget that we have a voice and we have to make it heard. It Can’t Happen Here is a thought provoking play that we hope will launch a very important conversation.

We have no political affiliation and any profits from this production will be donated to The Committee to Protect Journalists – North American Program.