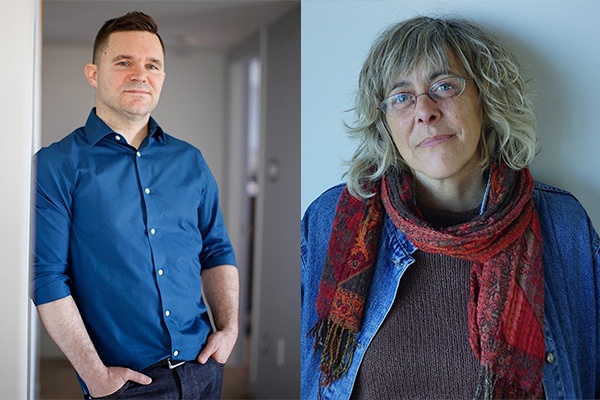 Guests joined us for a compelling conversation with Steven and Shandi. Both well-established literary writers, the event promised to be an interesting chat! Ticket included a full, hot brunch.

Steven Price is the author of two novels, By Gaslight (2016), longlisted for the Scotiabank Giller Prize, and Into That Darkness (2011). Also an acclaimed poet, he has written two award-winning poetry books, Anatomy of Keys (2006), winner of the Gerald Lampert Award, and Omens in the Year of the Ox (2012), winner of the ReLit Award. Fun fact: Steven is married to two-time Giller Prize winner Esi Edugyan. Who knows, maybe this year the Giller will slide across the mantel?

Shandi Mitchell is an author and filmmaker. Her debut novel, Under This Unbroken Sky, sold in nine countries, including translation rights for Chinese, Hebrew, Dutch, and Italian. Under This Unbroken Sky won the 2010 Commonwealth Regional Prize for First Book (Canada/Caribbean), the Thomas Head Raddall Fiction Award, the Margaret and John Savage First Book Award, and the 2012 Kobzar Literary Award. It was also longlisted for the IMPAC Dublin Literary Award. Mitchell was born in New Brunswick, raised in Alberta, and now makes her home in Nova Scotia.

Daryl Sneath was raised in a small town near a lake. Currently he shares his days with his wife, Tara, and their three children—Ethan, Penelope, and Abigael—in another small town near a river, that being Seagrave, Ontario. As the Current Pulls the Fallen Under is his second novel.