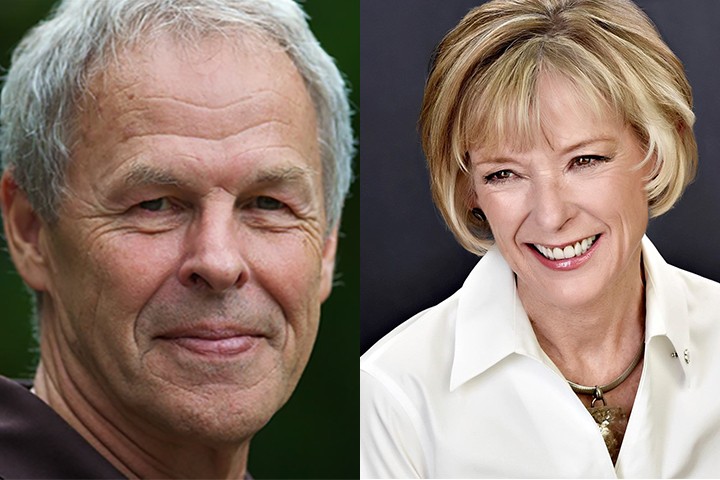 Two of our finest – historian and journalist — discussed their newest books. Linden’s latest work of non-fiction, The Wake, is an incredible true story of destruction and survival in Newfoundland. He writes about the tsunami that hit the Burin Peninsula in 1929. Charlotte’s most recent book is Murdered Midas, in which she delves into the unsolved mystery of the 1943 murder of Sir Harry Oakes, a gold mining tycoon and philanthropist. With two fascinating new books, this conversation didn’t disappoint!

Linden MacIntyre’s bestselling first novel, The Long Stretch, was nominated for a CBA LIbris Award and his boyhood memoir, Causeway: A Passage from Innocence, won both the Edna Staebler Award for Creative Nonfiction and the Evelyn Richardson Prize. His second novel, The Bishop’s Man, was a #1 national bestseller, won the Scotiabank Giller Prize, the Dartmouth Book Award and the CBA Libris Fiction Book of the Year Award, among other honours. The third book in the loose-knit trilogy, Why Men Lie, was also a #1 national bestseller as well as a Globe and Mail “Can’t Miss” Book for 2012. MacIntyre, who spent 24 years as the co-host of the fifth estate, is a distinguished broadcast journalist who has won ten Gemini awards for his work.

Charlotte Gray is one of Canada’s best-known writers and is the author of ten acclaimed books of literary non-fiction. Her most recent bestseller is The Promise of Canada: People and Ideas That Have Shaped Our Country. Her bestseller The Massey Murder: A Maid, Her Master and the Trial That Shocked a Country won the Toronto Book Award, the Heritage Toronto Book Award, the Canadian Authors Association Lela Common Award for Canadian History and the Arthur Ellis Award for Best Nonfiction Crime Book. An adaptation of her bestseller Gold Diggers: Striking It Rich in the Klondike was broadcast as a television miniseries in 2014 on the US Discovery Channel. She has frequently served on Writers’ Trust committees and been a juror for the Scotiabank Giller Prize, the RBC Taylor Prize, the City of Ottawa Book Prize and the Kobzar Literary Award. Charlotte Gray is a Member of the Order of Canada and a Fellow of the Royal Society of Canada.

Ted Barris is an award-winning journalist, author and broadcaster. He regularly writes in the national media and has hosted many CBC Radio network programs and shows on TV Ontario. He has eighteen bestselling non-fiction books and his book The Great Escape: A Canadian Story won the 2014 Libris Award Non-Fiction Book of the Year. In 2018, the RCAF Association awarded Dam Busters the NORAD Trophy for “significant and unequalled contribution to Air Force traditions, history and heritage.”