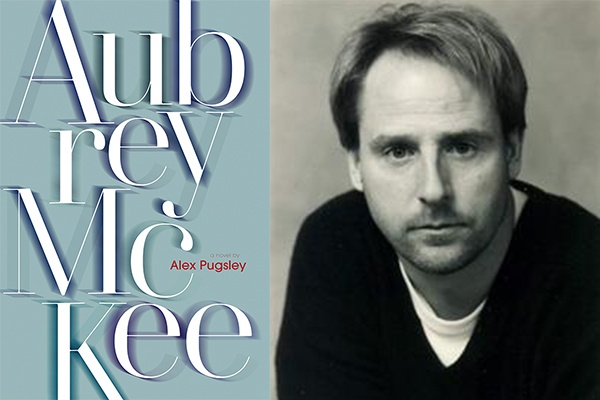 It’s always exciting to be in on the ground floor of new writers. We at Blue Heron Books read this early and fell in love. Discover ALEX PUGSLEY’s debut novel, Aubrey McKee.

Pugsley hails from Nova Scotia and has considerable experience and several accolades as a television screenwriter. This debut novel, is part coming-of-age story, part social chronicle and part study of the myths that define our growing. From basement rec rooms to midnight railway tracks, Action Transfers to Smarties boxes crammed with joints, from Paul McCartney on the kitchen radio to their furious teenaged cover of The Ramones, Aubrey McKee and his familiars navigate late adolescence amidst the old-monied decadence of Halifax. The setting, Halifax, itself becomes a character, containing all the rich history and moody dynamics of the people who occupy it. (OpenBook). If we can’t travel to Halifax, we can (re)live its charm and history by visiting with ALEX PUGSLEY and BIANCA MARAIS at the Book Drunkard Festival on November 24 at 7pm.

Your ticket will include a signed copy of Aubrey McKee.