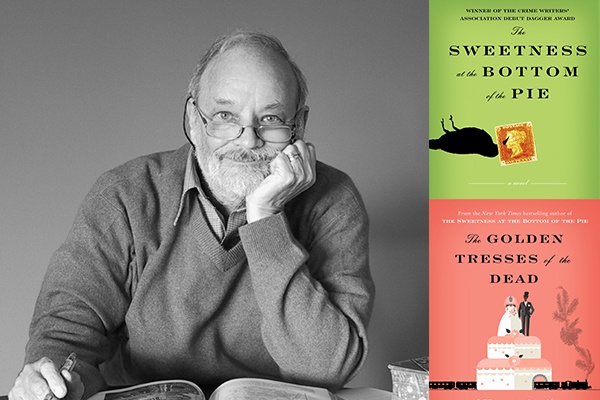 ALAN BRADLEY is a Canadian (living on the Isle of Man) and New York Times bestselling author of many short stories, children’s stories, newspaper columns, and the memoir The Shoebox Bible. His first Flavia de Luce novel, The Sweetness at the Bottom of the Pie, received the Crime Writers’ Association Debut Dagger Award, the Dilys Winn Award, the Arthur Ellis Award, the Agatha Award, the Macavity Award, and the Barry Award, and was nominated for the Anthony Award.

Bradley has now penned nine other books in the series and if you haven’t “met” Flavia yet, you really must!! Come and share a delightful afternoon of conversation and humour with ALAN BRADLEY on Sunday, November 1 at 3:00pm (since we change our clocks on this day, we get an extra hour and this is the perfect way to spend it!!)

Your ticket will include a signed copy of your choice of either The Sweetness at the Bottom of the Pie or The Golden Tresses of the Dead.