Blue Heron Books is thankful to all of the sponsors who are helping to make The Book Drunkard Festival possible!

In its storied, thirty-plus-year history, Blue Heron Books has played host to and continues to showcase a veritable who’s who of the world’s literary community. From impromptu store visits by Alice Munro to legendary events with such literary superstars as Timothy Findley, John Irving, Jane Urquhart, Michael Ondaatje, Yann Martel, Douglas Coupland, and Dav Pilkey, to name a few, our customers are able to rub shoulders and gain insight from a star-studded cast. 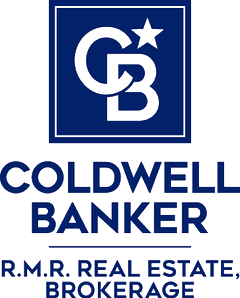 Penguin Random House Canada, the country’s largest book publisher, aims to nourish a universal passion for reading by connecting authors and their writing with readers everywhere. We are the Canadian arm of Penguin Random House, the world’s largest trade book publisher, whose publishing lists include more than 60 Nobel Prize laureates and hundreds of the world’s most widely read authors and who employs more than 10,000 people worldwide.

Scholastic Canada is one of the country’s leading publishers and distributors of children’s books and educational materials in both official languages. For over 60 years Scholastic Canada has introduced young people to the joys of reading, and has enlarged their understanding of Canada and the world. Today we continue that mission with award-winning Canadian books and outstanding classroom materials, along with related educational software.

It has been a pleasure to collaborate with such a receptive and enthusiastic group.  Thanks Chuck and Eleanor!

The Rotary Club of Uxbridge chartered in May of 1996 with 25 members.  They are a dedicated group of 55 members who are strongly committed to the idea of providing service to the people of their local community and communities all over the world.  Leaving the world a better place than they found it, is a mandate which they have taken to heart.  Thanks Steve, Cyndie and Elaine!

Thanks for the support, Al!