Bianca Marais is our all-star interviewer and a fan favorite from our 2020 festival! Bianca is the author of the beloved Hum If You Don’t Know the Words and If You Want to Make God Laugh. She holds a certificate in creative writing from the University of Toronto’s School of Continuing Studies, where she teaches creative writing. Originally From South Africa, she now resides in Toronto with her husband.

Bianca interviewed Michelle Good about her book Five Little Indians, Alice Hoffman about the concluding book of her Practical Magic series, The Book of Magic and Ann Patchett about These Precious Days.

Heather O’Neill is a novelist, short-story writer and essayist. Her most recent bestselling novel, The Lonely Hearts Hotel, won the Paragraphe Hugh MacLennan Prize for Fiction and was longlisted for the Women’s Prize for Fiction and CBC’s Canada Reads. She has won CBC’s Canada Reads and the Danuta Gleed Award. Born and raised in Montreal, O’Neill lives there with her daughter. 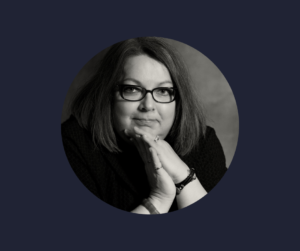 Author of The Marzipan Fruit Basket and Eleanor Courtown, Lucy E.M. Black’s award-winning short stories have been published in Britain, Ireland, USA and Canada. A dynamic workshop presenter, experienced interviewer and freelance writer, she lives with her partner in Port Perry, Ontario.

We will also be celebrating the launch of Lucy’s new book, Stella’s Carpet, on October 16th at Blue Heron Studio! See the event details here.

Lucy was in conversation with Heather Tucker and Carolyn Huizinga Mills during our signature ‘Nod to Maud’ event.

Daryl Sneath is the author of As The Current Pulls the Fallen Under and All my Sins. He was raised in a small town near a lake. Currently he shares his days with his wife, Tara, and their three children in another small town near a river, that being Seagrave, Ontario.

Dr. Wendy O’Brien is a celebrated philosopher, teacher and interviewer. With over 30 years experience teaching in post-secondary education, she’s given talks and led seminars on creativity, beauty and wonder at Humber College, Oxford University, Harvard, The Art Gallery of Ontario, The Women’s Art Association, Classical Pursuits and The International Festival of Authors. Her knowledge, years of experience, sense of humour and focus on experiential learning, has led her to be a sought after leader and speaker, and we are thrilled to have her joining us for another author event! 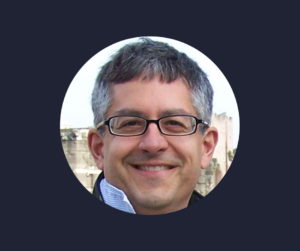 Kevin Sylvester has written and illustrated more than thirty books for kids. His latest novel is The Fabulous Zed Watson! Co-written with his kid Basil, it’s the story of a non-binary kid who goes on a cross-continental adventure in search of the greatest monster book of all time! It’s on the short-list for the 2021 Governor General’s award.

He also has a new series, The Hockey Super-Six. These highly illustrated books tell the stories of six nerdy kids who get zapped with radiation and turn into super hockey players. Books 1-3 are out now from Scholastic.

His other novels range from science fiction (The MINRs trilogy) to mystery novels (The Neil Flambé Capers), and other super-heroes (Mucus Mayhem).

His picture books include Gargantua (Jr.): Defender of Earth, Super-Duper Monster, GREAT and Splinters.
He also writes and illustrates non-fiction books. There are sports books (Gold Medal for Weird, Basketballogy, Baseballogy) and books on financial literacy (Follow Your Stuff and Follow Your Money).

Kerry Clare’s first novel, Mitzi Bytes, was called “entertaining, engaging and timely” by the Toronto Star, who also noted that it “heralds the arrival of a fantastic, fun new novelist on the Canadian scene.” She is editor of The M Word: Conversations About Motherhood, a National Magazine Award-nominated essayist, and editor of Canadian books website 49thShelf.com. She writes about books and reading at her popular blog, Pickle Me This and lives in Toronto with her family.

Kerry interviewed Lauren B. Davis about her novel, Even So.

Ted Barris is an award-winning journalist, author and broadcaster. He regularly writes in the national media and has hosted many CBC Radio network programs and shows on TV Ontario. His eighteen bestselling non-fiction books include Rush to Danger, Dam Busters, Juno, Behind the Glory, Deadlock in Korea, Victory at Vimy and Breaking the Silence. His book The Great Escape: A Canadian Story won the 2014 Libris Award Non-Fiction Book of the Year. 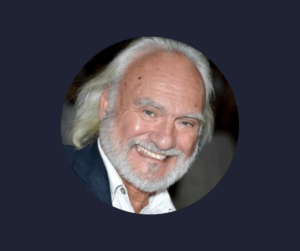 At the age of 75, Welsh’s career has spanned a half century. He has played countless roles, onstage and on screen, and is the recipient of many awards, including five Geminis, a Genie for the best supporting actor in Margaret’s Museum, the Earle Grey Lifetime Achievement Award, and in 2004 Welsh received the Order of Canada. During his illustrious career, he has performed alongside many well-known actors, but especially enjoyed working with Stockard Channing, Kathy Bates, Olympia Dukakis, Glenn Close, Meryl Streep and the late Ron Silver.

Ted Barris interviewed Terry Fallis about the return of the accidental MP Angus McLintock in Operation Angus, with a special appearance by Ken Welsh, who played Angus in the CBC TV miniseries, The Best Laid Plans. 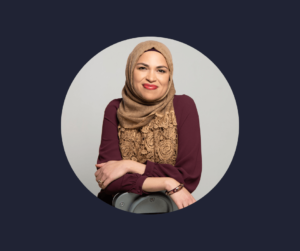 Uzma Jalaluddin is the author of the bestselling and acclaimed novel Ayesha At Last, a retelling of Pride and Prejudice set in the Toronto Muslim community, a Goodreads Choice Award Finalist, a Cosmopolitan UK Book of the Year, and a Publisher’s Weekly Book of the Year. Her new novel Hana Khan Carries On a reimagining of ‘You’ve Got Mail’ was an instant Canadian bestseller. Uzma writes a culture and parenting column for The Toronto Star. She lives in Toronto with her husband and two sons, where she also teaches high school. 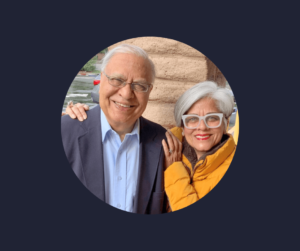 Born in a village in northeast Rajasthan, Ramesh Chandra Joshi attended MBM Engineering College in Jodhpur where he was arranged in marriage to Sudha Latika Harit in 1955. Immediately afterwards, often working in the erstwhile princely states of the Rajasthani Maharajas, he helped rebuild post-independence India, With his young family (Alka and her two brothers), he obtained his first masters at Chandigarh’s Punjab Engineering College and then a second masters and his doctorate in Civil Engineering at Iowa State University. Dr. Joshi worked in the private sector before entering academia, retiring from the University of Calgary as Professor Emeritus of Civil Engineering. As a young boy, he attended Gandhi’s freedom marches and remains an active fighter for justice and peace to this day.